You can become a member of our Facebook U.S. Citizenship Support Group and Help You with Your N-400 Application! 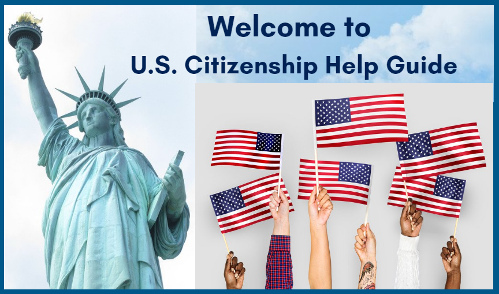 Common Mistakes You Must Avoid Before the Naturalization Oath Ceremony

There are common mistakes that applicants can receive a result to disapproval for American citizenship that they longed for since they didn't learn that it's not yet official until they will be able to attend the Naturalization Oath Ceremony. Before you will attend this important event, you need to complete the questionnaire at the back side of the Form N-445 that you will bring to your scheduled Naturalization Oath Ceremony.

The questions that you need to answer on this form do not refer to any events that already happened before your naturalization interview. These are the questions that only refer to the time period after your interview at the USCIS office and until the day and time on your scheduled Naturalization Oath Ceremony. For example, if you were married at the time of your interview and there has been no change in your marital status since your interview, then you can just place a check mark and choose "NO" to Item Number 1.

The example that was given above was part of the checklist that you need to answer but some applicants may have trouble in answering other questions if there were really changes during the time after the interview and before the oath ceremony. The following were the official questions that I answered at the reverse side of the Form N-445 Notice of Naturalization Oath Ceremony:

1st Question: Since your interview, have you married, or been widowed, separated or divorced?

2nd Question: Since your interview, have you traveled outside the United States?

3rd Question: Since your interview, have you knowingly committed any crime or offense, for which you have not been arrested?

4th Question: Since your interview, have you been arrested, cited, charged, indicted, convicted, fined, or imprisoned for breaking or violating any law or ordinance, including traffic violations? Yes No

5th Question: Since your interview, have you joined, become associated, or connected with any organization in any way, including the Communist Party, a totalitarian organization, or terrorist group?

6th Question: Since your interview, have you deserted from, claimed exemption from, or been separated or discharged from military service?

8th Question: Since your interview, have you practiced polygamy, received income from illegal gambling, been involved in prostitution, helped anyone enter the United States illegally, trafficked controlled substances, given false testimony to obtain immigration benefits, or been a habitual drunkard?

When I researched online, I found out that some applicants who already passed the US Citizenship Naturalization Interview and American Civics Test had trouble with regards to traffic violations a few days before they were scheduled to attend the Naturalization Oath Ceremony. One applicant had an accident and hit a bystander that he needed to get help with an immigration attorney. I tried to avoid these things as much as possible and I wish you’ll be able to do as well.

The important thing is, you have to be honest in filling-out this notice form and if your answers are not all “NO” to these questions then you need to support your answers so that the USCIS will allow you to attend the Naturalization Oath Ceremony. I truly hope that I was able to help you with this short video and congratulations for your upcoming Naturalization Oath Ceremony.

Yes, you have successfully passed the U.S. citizenship tests, and after the USCIS Interview, a U.S. Citizenship and Immigration Services (USCIS) officer informed you that you were already approved for citizenship. Congratulations indeed! But wait, this information doesn’t mean that you are an American citizen already…since you still have to take the Naturalization Oath Ceremony! This is an Oath of Allegiance to the United States at your swearing-in ceremony that could be scheduled generally for a few weeks, or even months. There are lucky applicants that will be able to take this Oath on the same that they successfully pass their interview. But if you’re not one of them, while waiting to take it, you need to make sure not to do anything wrong that will only cause USCIS to change its mind about your eligibility for becoming a U.S. citizen.

If you have plans to move outside the U.S. after you get citizenship, avoid doing it until after the Naturalization Oath Ceremony. Take note that one of the rules for American citizenship is that you have lived continuously in America after getting your green card for at least five (5) years (or three years, if married to a an American citizen) before filing your naturalization application and up to the time you take the Oath.

Avoid losing continuous residence because once the USCIS learns that you’re not managing a permanent dwelling place in the U.S. even if you inform them that you intend to come back soon, this may cause a red flag. However, there are some job-related reasons that applicants living outside the United States will be considered reasonable. But it would be wise not to abandon the residence in the U.S. and stay longer abroad after your Citizenship Interview and prior the Naturalization Oath Ceremony.

It’s very important that you need to continue to be a person of good moral character not only up to the time that you take the Oath of Allegiance. Indeed, there are low-level offenses like traffic tickets, that won’t hurt you, but once you get arrested for anything, you should be concerned that USCIS will change its mind about your good moral character. I was able to do it on my own from the very start of my application until the very end through research and tried to avoid anything even a low offense like traffic ticket. If ever you have any problems with regards to the law before your Naturalization Oath Ceremony, I highly suggest that you talk to an immigration lawyer immediately after any arrest or other related issue.

If ever you have committed any crime and you haven’t caught yet, take note that USCIS wants you to disclose or confess it to them. If you keep it as a secret and if you will be arrested for it sooner or later, especially after you have been sworn in as an American citizen, the USCIS could take away your U.S. citizenship for hiding the truth.

You have to remember that before swearing you in as a U.S. citizen, the USCIS will ask you specifically to confess if since your citizenship interview, whether you received income from illegal gambling, have practiced polygamy, been a prostitute, procured anyone for prostitution, encouraged or helped anyone to enter the United States illegally, illicitly trafficked in drugs or marijuana, given any false testimony to obtain immigration benefits, or become a habitual drunkard, have joined, become associated, or connected with any organization including the Communist Party, a totalitarian organization, or terrorist group. Take note that any YES answer to any of these questions will likely destroy your good moral character but an untruthful answer of NO may also cause your citizenship to be revoked or taken back later. Please avoid these commons mistakes and I wish you good luck in becoming an American citizen!

We're glad to open up a “Buymeacoffee” ☕️ to help us create more Youtube educational videos for our fellow immigrants so that they can successfully pass their naturalization interviews and tests for U.S. citizenship! With your support and help, you can make so many dreams become a reality. Thank you! I truly wish you good luck on your scheduled interview. Kindly inform me if you have any suggestions, questions or you’re able to pass the test by simply commenting on this webpage, thank you in advance!